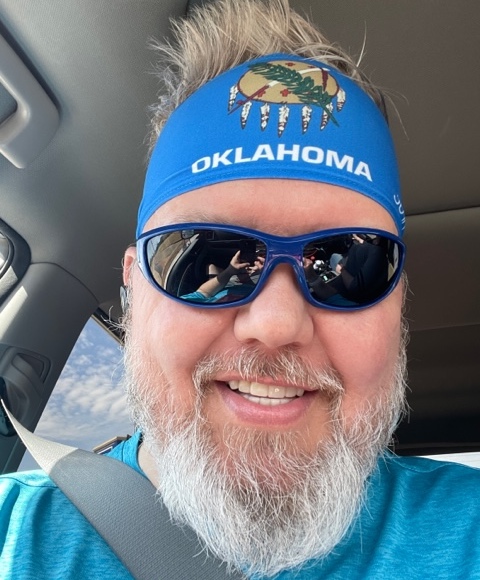 One of the things I’ve struggled with over the years is letting a setback set me way back in terms of my digital hobbies, this blog included. I haven’t posted in more than a month, and it’s something I aim to fix. The traffic on the blog has been out of this world to start 2022, so to abandon the momentum is a shame.

My aim is to commit to a minimum of one post per day. They might not be essays or think pieces. They might be a video and a couple of lines, or a set of thoughts from the day gone by.

But this site, this blog is about the process – the habit of posting once per day.

So, what was this awful setback?

I don’t know that it was a setback; it was more a disappointment. The Redbud Classic was April 3, and I ran it and I had a great time. This Oklahoma City event is a must-do for locals, a good tune-up for the Oklahoma City Memorial race later in the month. The Redbud Bash after the race is a fantastic reward for a 10K completed.

The setback wasn’t in the times or the results. The setback was an issue I developed after the race with either my calf or my Achilles. The symptom appeared in the calf, but I get a sense that it’s emanating from the heel. It’s a pain I had felt before, but it was particularly bad after the race because toward the end of the race I pushed it hard to get across the Finish Line.

And my left calf really tightened, giving me a slight limp for a couple days.

That’s not so bad, right? Well, mentally, when I didn’t have great news to report, I wasn’t all that pumped to write the post-race blog. Or write any blog post.

The momentum with my running and even my goal to run (or walk) 500 miles for 2022 was now in question. I took a couple weeks off to let my body rest. There was no way that I’d be able to run a half marathon come end of April.

Turns out, I wasn’t even able to run the Oklahoma City Memorial 5K because they moved that race to a Saturday, and I was double-booked for a work event.

If you’ve ever read the book “Atomic Habits” by James Clear, you know that small habits combine to empower the individual toward growth.

I let the walking and running slide, mostly.

And I definitely let this blog slide.

For what it’s worth, I had been adhering to a concept that marketer Seth Godin made famous: that blogging every day is smart. The how-do-you-do-it part of this is to focus on the process, not the results.

From here forward, my commitment to this blog and anybody who happens to stumble upon it is to focus on the process for this and anything I do. The results are reportable and open to analysis, but the daily celebration will be about being grateful to lean in to the process.

As for running, I suspect my short-term future goes no further than 5Ks or the rare 10K, and that’s fine. Doesn’t mean I can’t go for a long walk or short run, more often. For the month of April, I finished with only 24.351 miles run or walked, and that included the 6.28 miles from the Sunday afternoon of April 3.