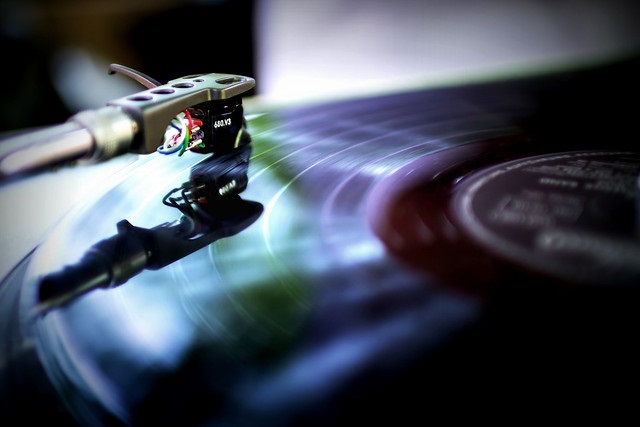 One of the things I noticed about Canadian radio on our honeymoon is that a lot of the songs we heard aren’t marketed in the States. Some for good reason, and others perplexing. A lot of the songs are in French; so that stands to reason.

But there was a lot I liked, and I love to share terrific music.

This isn’t the whole of the ‘Funky French Playlist’ as Kristi and I have called it, but this works in some of my favorites from Canada and adds a handful of songs I’m obsessing over during the past month. And I’ll start with the first, which I heard on Dwight Yoakam’s Bakersfield Beat channel on SiriusXM. It’s Linda Ronstadt’s famous cover of the Lowell George (Little Feat) tune called “Willin’.” I’ve listened to about 30 versions over the past couple of days, and hers is the best.

There is more soul in that song than anything on the radio in 2019. I’m pretty sure I own this album, too, and didn’t really even realize it. Not the first time that’s happened.

For what it’s worth, my second favorite version is Mandy Moore’s. I like the electric guitar and all although admittedly I’m having trouble juxtaposing ‘This Is Us’ Mandy singing a song I know came from the girl who sang “Candy.” Kidding aside; she’s super underrated vocally. Her “Whole Of The Moon” cover is one of my favorite songs.

Anyway, that’s not a Canada honeymoon trip tune. I’ll tell you when I get there. I’m knocking out my other recent musical obsessions first. This next one is a classic from Led Zeppelin that struck me while driving a few days ago. It struck me by how beautiful the verse is against the soulful, gritty rock chorus. It’s “What Is And What Should Never Be.”

This next tune I keep hearing on old early-1980s ‘American Top 40’ broadcasts. It’s a Commodores hit called “Old Fashioned Love.” Over the years it’s really grown on me.

OK, we’re almost to the Canada songs, but first a tune that stunned me Sunday as I was setting up Kristi’s Sirius XM subscription presets. I heard this song (“Raining In My Heart”) from Buddy Holly and had to do a double-take because, to me, it was akin to hearing the male version of Dinah Washington’s “September In The Rain.” Much respect to a long-gone legend whose discography was apparently much more broad stylistically than I ever would have guessed. This is beautiful.

Next up is Kacey Musgraves’ “Slow Burn,” whose craftsmanship really hits the ear upon second or third listen, especially the second verse. If you haven’t listened to the album, do. It’s wonderful.

Last on the not-Canada part of the playlist is a funky ear-worm from DNCE, the band headed by Joe Jonas. Want me to fight you? Disrespect the musicality of Hanson or the Jonas Brothers, either one. Between Nick’s “Jealous” and this, they’ve earned my listening time. This is as good a pop song as I’ve heard in years.

Now for the Canadian honeymoon tunes, the first of which is a rap that became our theme song for the entire trip, “Bonjour, Hi” from ST X LIAM and Mori$$ Regal. I have very little idea what they’re saying except for, “Bonjour, Hi,” which is the greeting you get in every Montreal establishment — and as you might be guessing, these cats are from Quebec. Love it.

So before we spent three days in Montreal, we stayed in Toronto for four. On one of our day-tours, we stopped in an Asian-food store and heard this K-pop tune from a group called Seventeen or SVT for short. The song is called “Mansae,” and I have zero idea what they’re saying. However, the music hearkens memories of early-90s pop and Jeremy Jordan’s “Wanna Girl.”

Side note: that Toronto store had the best, strangest candy selection of all-time.

We listened to a lot of CBC Radio while there, and I was a Shazam-using fool. This song translates to something like “As We Wait For Spring” or “As It Happens In Spring.” The singer, Jerome Couture, is a La Voix Season 1 runner up, the French-Canadian version of “The Voice.”

This is “Comme On Attend Le Printemps.” This song is permanently etched into my brain as a honeymoon song.

Francesco Yates is a kid we heard a lot of in Canada. Shades of MJ and Bruno, and we both wondered how soon it would be before he was a North American star. “Better To Be Loved” was the best tune we heard from him. Maybe consider him to be the funky Bieber.

Echosmith was a band that caught my ear a couple years ago with “Cool Kids.” I don’t know that I loved, loved this song, but their vibe comes off as a more-pop version of Paramore. And I 100 percent believe Sydney Sierota is destined for solo stardom if she wants it. This is “Over My Head.”

Color me among those who thought Mac Miller was musically gifted, highly so. This tune we heard in Canada was one of many examples I could provide — and it foreshadows the mental anguish that afflicted him. It’s called “Come Back To Earth.”

The last song for this edition of the playlist is called “Last Tango In Paris” from a French group called Gotan Project. It’s beautiful, and I was immediately struck by how much my mom would have loved it, especially when the chromatic harp (or what mimics it) comes in.

If you’ve got any music, new or old, I need to be listening to, add it to the comments below!

Featured photo from Ninac26 on Flicker.