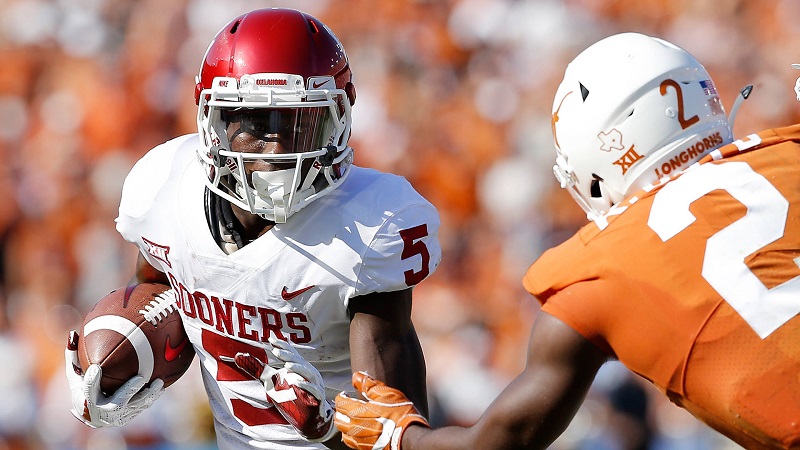 A few years ago, you wouldn’t have ever heard me say that the NFL was more fun to watch than college football.

The tailgating. The atmosphere. The tradition.

But now, between 74-72 football games and conference rules stifling even the most modest of player celebrations, I find myself at the end of the college football season eagerly awaiting its end — and it’s been like that for at least the past five years. Mind you, when the Sooners make the College Football Playoff, I’ll be gung-ho if but for one more day.

Today’s decision by the Big 12 Conference to penalize Oklahoma if a Sooner player, or coach presumably, makes a “horns down” gesture just cements the conference among a sea of snowflakes in an over-sensitive universe. Of course, the rule-follower that I am, I’m not overtly among those who are suggesting the Sooners as a team do it at the beginning of the game — but the conference has practically begged for it, and I bet we see something a la Georgia-Florida a few years ago.

Lol, this was awesome, btw.

This isn’t even an OU vs. Texas issue. We both agree.

Are we going to ask Longhorns fans not to chant, “OU Sucks!”? Never. If I don’t hear “OU Sucks,” how am I to even believe it’s Texas?

It’s part of the game. Heck, does anybody remember that once upon a time, Longhorns and Sooners would line up along Commerce and basically drunkenly yell at each other for hours?

My capacity for caring about this topic hasn’t even lasted as long as the writing of this post, except to say this: The NFL figured it out. In desperate need of a PR boost in the wake of Anthem Kneeling ’17, the league decided to let their players have fun again.

They allowed them to celebrate touchdowns.

And, trust me: there is plenty of shade being thrown in some of these celebrations. It just takes a little sleuthing.

But besides it being the right thing to do, it’s smart marketing. If we’re going to have to sit through a four-hour 59-56 game, let’s see these guys bring their best celebrations. Heck, get the audience in on it and have a vote for the celebration of the game in the fourth quarter for $25,000 to a worthy charity?

Lighten the heck up already.

Cover photo is from soonersports.com.