A vacation to end the summer symbolizes the start of autumn, on the calendar if not the thermometer. It won’t start to feel autumnal in Oklahoma until November. To escape the last bit of heat in the Sooner State, we went to San Diego and Los Angeles for some sun, sand, surf, baseball, football and general adventures. 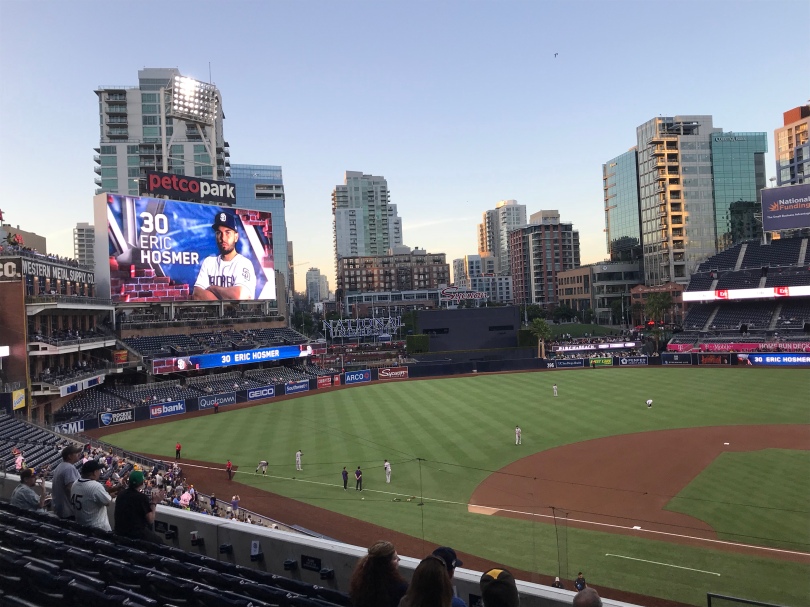 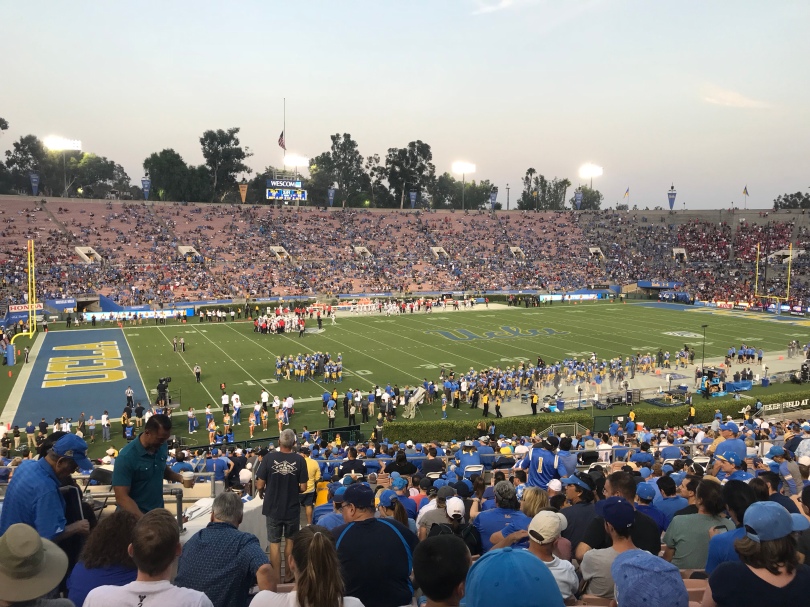 Last year, Kristi and I went to Albuquerque for our Labor Day trip.

This year, we went all the way West.

Some quick observations about southern California:

1 — They don’t have the big, sprawling convenience stores we have in Oklahoma and Texas. There’s no Buccee’s not to mention a big OnCue, QuikTrip or Love’s — not in the heart of Los Angeles or San Diego at least. The cost per square foot is too high, Kristi tells me.

Kristi was born in Los Angeles. She knows these parts. 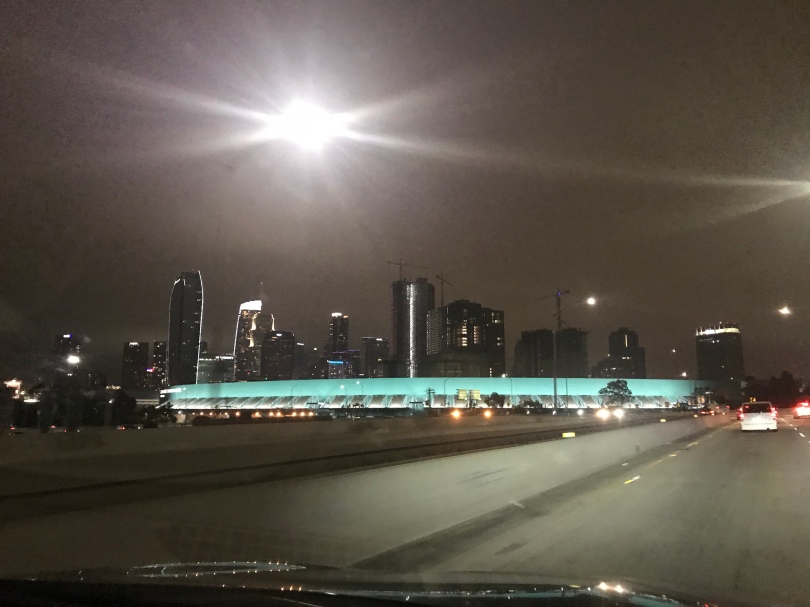 2 — The difficulty of traffic in Los Angeles is probably overstated, based on my small sample size. There was a lot of it, but Dallas drivers go a lot faster. I remember when I first moved to DFW in 1996 and folks raced up Preston and Hillcrest — side streets — at 60 mph.

That was culture shock. 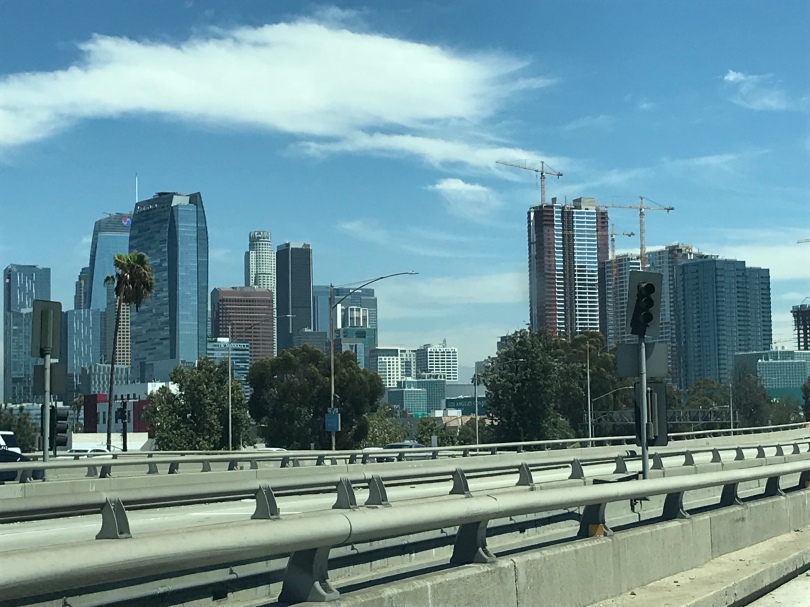 Kristi has since corrected me on this.

“Oh, honey, this was a holiday weekend. We didn’t see nothin'” in terms of real L.A. traffic.

As I said, she knows these parts.

3 — Folks are friendly in California, drivers and otherwise. Not sure that they’ll ever be as friendly as they are in our part of the world but I’ll posit this:

— I had my usual “random people talk to me in public” experience, which usually only happens down South but to which I’ve often attributed to my winning personality and approachability.

I have this “please come start a conversation” look on my face.

4 — Cell service is poor in California. I don’t know if “poor” is the best word for it, or rather if it should be “not as strong as you’d expect considering it’s California.” I just imagined Cali to be a haven of technical wonder and connectivity. I was left with ‘No Service’ and 4G in a lot of places.

5 — Much of Los Angeles is stuck in another era architecturally, and this isn’t a bad thing if you’re into all-things mid-mod. If the late 50s and early 60s are your stylistic jam, L.A. is your place.

As I settle back into routine, I reflect on every new place I’ve visited this year. We spent a weekend at Beavers Bend in southeastern Oklahoma, a few days in north-central Virginia for a wedding, a trek across the South from Atlanta to Myrtle Beach to Asheville to Nashville and then our trip to Los Angeles and San Diego.

The place I could see myself retiring to? Asheville for sure, but with enough money for a decent beach house, Myrtle Beach or Santa Monica — either one — seem pretty appealing.

The entire state of Tennessee is gorgeous. North Carolina, too, I’d imagine. We only traveled through part of it. As for Tennessee, we covered it all along Interstate 40.

I’m refreshed and rejuvenated, as you should be after time away from home. Ready to get to work – the day job, my side interests and personal projects, all of it. I’ll post a few more stories from the road over the next few weeks, too.

Kristi and I are talking about London. I’d have to attend a couple football matches, Tottenham Hotspur and maybe some club in a lower flight. QPR? Sheffield Wednesday? Nottingham Forest?

We’re considering a football trip to West Point to watch Army play. They play the Sooners next year, but I think I’d rather be free to root for the Black Knights.

I’d also love to trek through Canada — from Vancouver to Halifax — and maybe catch some hockey or a CFL game.

For now, it’s time to reconvene the hustle.