We were sure that Mom had given away the 1987 Buick Century. She certainly didn’t drive it.

My brothers and I thought some charity had claimed it at least a year ago. I had read online that not all of those organizations were reputable.

Another thought was that one of the many handy men who helped Mom over the years had it hauled off for parts.

She certainly didn’t drive it.

Mom had a drivers license but it was merely a piece of formal American identification to prove she was “bona fide,” as she’d say.

She drove us around a little back in the 80s, in Muskogee. But that was in a large green Ford station wagon, and the round trip was to Homeland on Okmulgee and 32nd and back – less than a mile.

Mom wasn’t a driver. Always feared getting somebody hurt in an accident. She kept Dad’s 1987 Buick Century after he died in 2003 for sentimental reasons.

A silver hair or two might still be on the seat.

Just looking at the metallic blue four-door evoked memories of morning trips to Okmulgee or McAlester, and most recently the trips Mom took to Cancer Care before lung cancer got the best of Bill Welton on March 16, 2003.

But Mary Welton never got rid of that Buick because it carried too many good memories.

If only she had kept the car’s title in a spot where John, Charles and I could find it after she passed on June 5. Thanks to government regulations and the criminal element, you practically can’t even give away a vehicle without a title.

And to replace a lost title requires updated registration and insurance, and this is a 1987 Buick Century, I’ll repeat for the umpteenth time. It’s totalled by its very existence.

I looked it up.

We weren’t going to pay a dime only to get the car to a place where we could give it away. Why is this information not kept electronically so that once a person dies, the electronic record gets noted?

Our first thought was a site called theclunkerjunker.com. John talked to a rep, and they were going to give us $400 for the car if we could get it to where John lives near Tulsa. Mind you, nobody had even attempted to start the car since before March 2003.

My brother John is a handy fellow. Charles is super smart technically, too. And I know how to play the piano and to record video with my iPhone — so we teamed up, the Welton brothers, on a quest to get a 1987 Buick Century back on the road.

Watch the video below. Click here to visit my YouTube channel where I vlog about music, running, digital, the 80s and much more.

First things first, the tires were all flat. Nearly two decades locked inside a garage will do that. John managed to get them inflated with some Fix-a-Flat pretty quickly. We were able to roll the car out to the driveway.

John hooked up some jumper cables to the Century from his Chevy Colorado, and – boom – we saw inside lights!

We were stoked. This bad boy was going to start.

It wasn’t. It clicked. It tried.

And so did we – to the tune of five or six more times that day. Each try was better than the last, with the belts turning albeit struggling and the engine coughing up years of wear, tear and every available product known to the enclosed American garage. We even went to WalMart at one point to buy a new battery for the car, a worthwhile $40 investment for a return of $400. However, we soon learned that theclunkerjunker.com was no longer interested as long as we didn’t have a title.

We gave up on reviving the Buick Century, although with a new battery, we may have achieved success. No, we would have, as long as the belts weren’t too rusted.

I don’t know. Watch the video I recorded from the days soon after Mom’s passing to see us come together and give it the old college try. I’m pretty sure we were *this* close to getting that Buick Century back on the road.

The good news, however, is that we were able to sell it as-is to a salvage yard for $150, just like we thought in the very beginning. 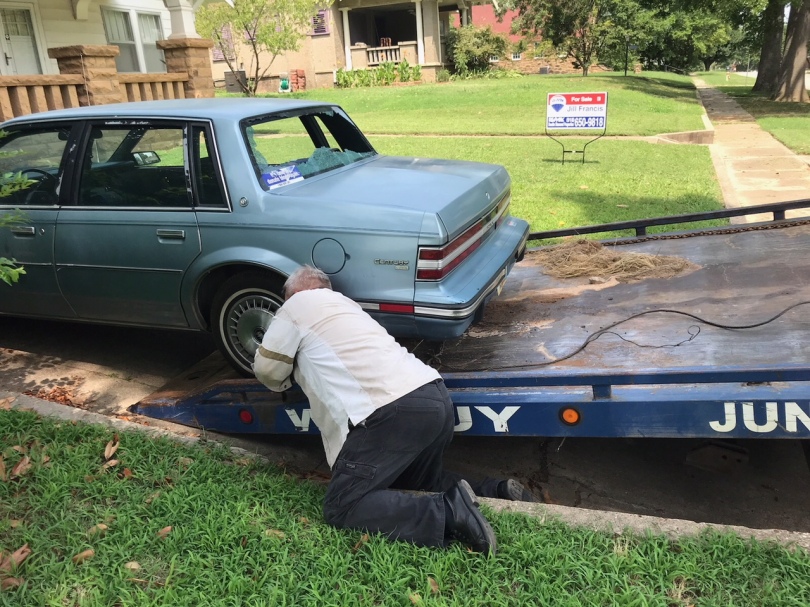 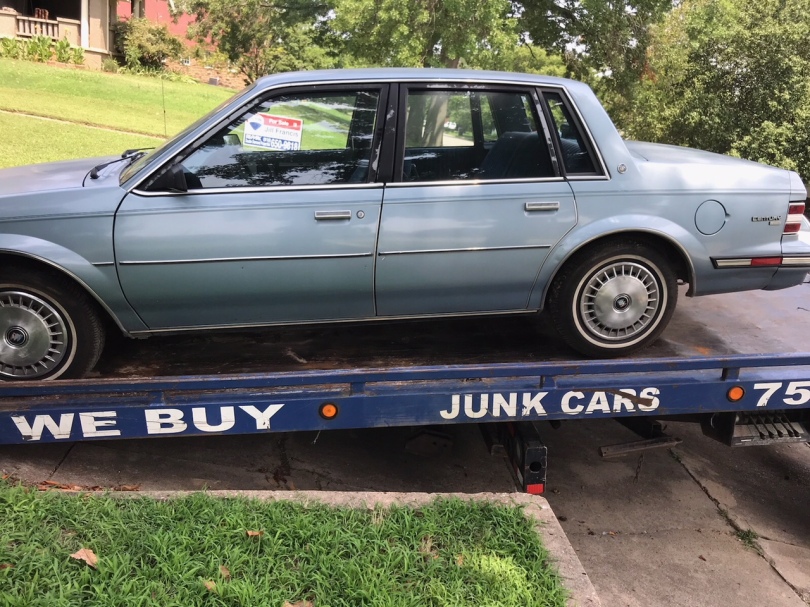