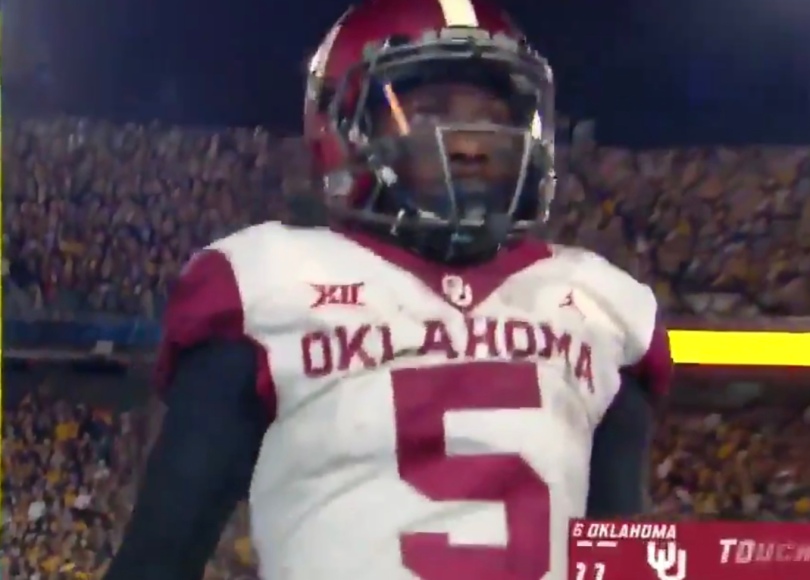 “Thank the good Lord,” it was proclaimed even by the most agnostic football fans in the Sooner state.

If only it were that easy. If dressing out for practice meant anything for sure. If Marquise’s injury was to his shoulder and not a lower extremity.

I’m not overly confident that Marquise Brown is going to be close to full-strength come Saturday night versus Alabama in the Orange Bowl.

But he doesn’t have to be to help Oklahoma. Mostly, he needs to be on the field and drawing Alabama’s best coverage. He’ll be the deadliest decoy in the sport, for one night.

Maybe Hollywood plays dead for a quarter and then busts out in the second. Maybe the third. Or the fourth.

Or maybe Marquise is good for a few possession catches and to free up other Oklahoma receivers. That’s a damned big deal if so.

Hollywood could finish the Alabama game with only a catch or two and have a major impact on the Sooners’ success.

But from one Sooner fan to another, can I give you some news that has me even more fired up?

Remember when we lost Rodney Anderson for the season, and we thought all was lost relative to Oklahoma’s ground game?

All I have to say is: Trey Sermon + Kennedy Brooks. Oklahoma is going to have a full-strength running game.

And if Hollywood is out there drawing double-teams, whether he’s full-strength or as gimpy as Kerri Strug, he’ll be making opportunities for CeeDee Lamb and Grant Calcaterra and Myles Tease, Lee Morris, Sermon and Brooks.

So, will Hollywood Brown be ready to go at full-strength?

But it sure looks as if, with three sleeps before kickoff, that Hollywood Brown intends to play.

And that is huge for the Sooners.