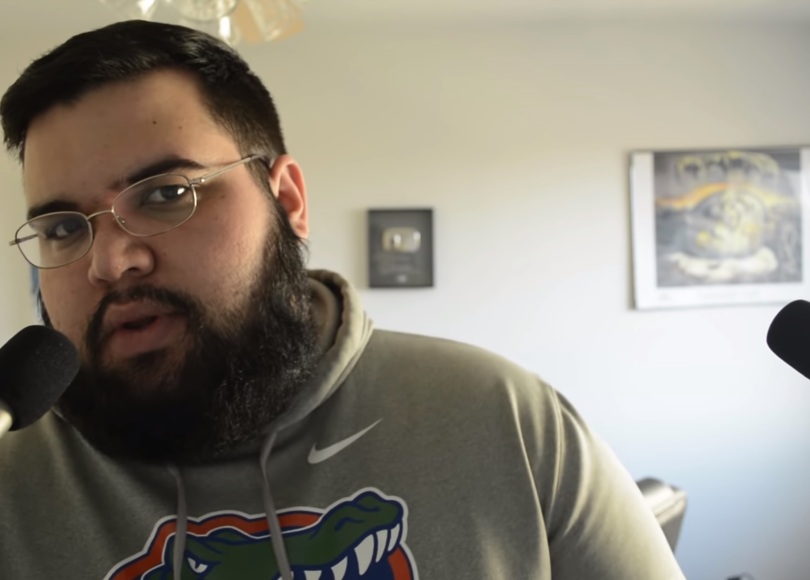 For those of you who are into ASMR videos, I’ve got great news for you. Arguably the king of ASMR is back.

After nearly a year-long hiatus in which he graduated from college with a degree in mechanical engineering from the University of Florida (and a minor in Physics), RaffyTaphyASMR dropped a new video on YouTube two weeks ago — and he has since produced two more. To give you a sense of how popular he is, Raffy has 435,534 subscribers as of this moment, and he has a growing audience despite not having posted for the past 10 months.

ASMR stands for “autonomous sensory meridian response,” and it refers to the tingle sensation or relaxation that comes from hearing certain sounds. It might be a whisper or the swishing of a water bottle. ASMR might explain why my dad always fell asleep in the barber chair; the entire process of a haircut is one giant ASMR event.

Not everybody experiences ASMR, but I have from the very beginning and remember reacting to it as young as 8 or 9 years old. ASMR is why PBS painting instructor Bob Ross has long been called “human Valium.” The sounds he and Raffy produce induce relaxation to the point of meditation and physical sleep.

And what I’m writing about doesn’t even begin to touch on the visual opportunities in ASMR. Many ‘ASMR artists’ as they’re called use hand movements to further induce relaxation.

Anyway, what makes Raffy so popular, besides being highly likable in my opinion, is his mastery of audio production for ASMR combined with having a perfect voice for ASMR, a round, breathy quality that isn’t high in pitch like most female voices. Just a preference. Raffy also is one of the only ASMR artists on YouTube who has mastered tapping for effect, especially sounds he makes with only his own hands.

The first has 1.1 million views (or listens).

Given that he hadn’t posted for 10 months, it makes you wonder whether he’ll fade away into oblivion for another 10 months — but he gave viewers an update noting his school work and his girlfriend of two years. On the other hand, he noted that he’d never be one of those YouTubers who would post every single day. I think there is something to be said for the way Raffy has managed supply and demand.

As he noted, keeping YouTube as a hobby and not an obligation keeps the “magic” in it.

Anyway, his absence made the hearts of his fans grow ever fonder. Welcome back, dude!