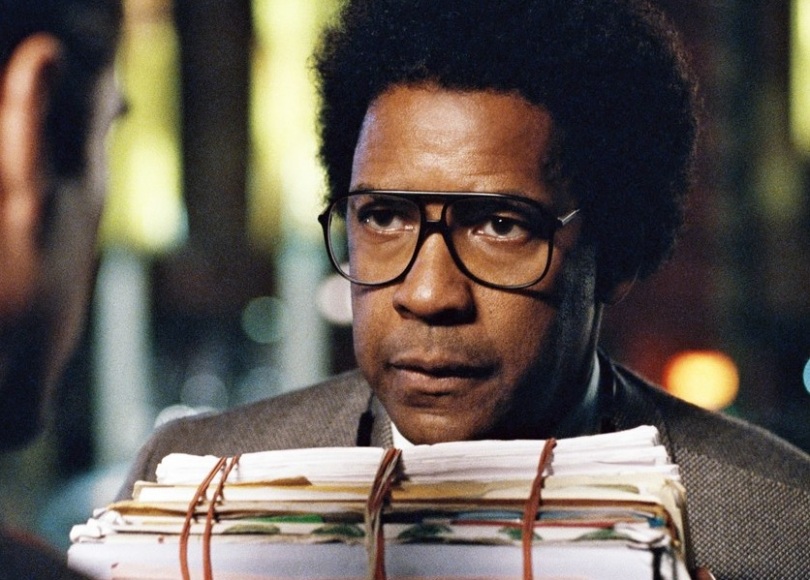 I had forgotten that Denzel Washington had been nominated for Best Actor for his titular role in Roman J. Israel, Esq. After watching it Sunday night, I’m not sure how he didn’t win it.

The Dan Gilroy film centers on a criminal defense attorney and civil rights activist who was less of a trial lawyer and more of a paralegal savant. Roman J. Israel, Esq., was the partner who knew every statute and organized everything for the firm. His ability on that front was matched only by his public awkwardness, characteristics that would deem most attorneys unworthy for trial.

Israel would say what’s on his mind to a fault.

He was highly odd and awkward around people.

But, damn, was he a righteous human being.

And that’s the crux of the film, starring Washington and Colin Farrell. Israel’s law partner, William Jackson, falls into a coma suddenly, and the firm is left in the hands of Farrell, who was a student of Jackson’s back in the day. Israel won’t take a job with Farrell’s fancy firm because he feels like he’d be a sell-out.

Yet the market is having no part of Roman J. Israel, Esq., and he reluctantly gets on board with Farrell’s firm. He did, however, meet a woman during the job interview process, a woman who runs an activist group planning a protest. That plot tangent not only showcased Israel’s heart, it provided a good chunk of comic relief, too.

I should mention that Israel’s life’s work is a class-action suit that would force judges into hearing every criminal case instead of lazily plea-bargaining young men of color into 5-, 10- and 20-year sentences just to make the court system move quicker. For the record, I wholeheartedly agree with that quest.

Not sure that Gilroy intended it, but Washington’s Israel reminds me of Cornel West, who I’ve always admired. Mostly it’s the hair and the glasses because, in real life, West is extroverted and charming, at least apparently. What they both have in common is a heart in absolutely the right place.

Along the way, Israel does something he shouldn’t have.

He sells his soul.

I won’t give away any more, but Washington is fantastic in this movie. The plot wanders a bit, and I find it a tad unbelievable that a man as righteous as Israel would just suddenly give in to temptation. His character makes it pretty clear though. Israel was tired of “doing the impossible for the ungrateful.”

The movie did not get great reviews. However, Washington did, and deservedly so.

At no point did I think I was watching a modern masterpiece, but I was glued to the TV screen the entire time and wishing there were more folks around like Israel in real life.