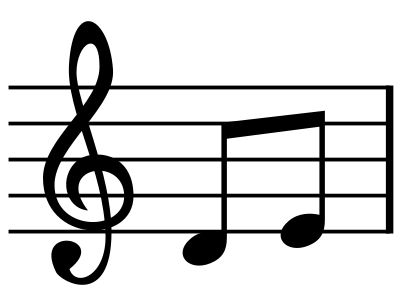 I haven’t been able to run this week because of some heel pain, so I decided to revisit a blog project that I’ve wanted to do for a long time: ranking my favorite songs of all time. I figured I’d start with my top 10 and then expand from there.

It’s totally self-indulgent, but I’ve had a great time contemplating the list.

And then I decided to not do a top 10 and, instead, do an “ultimate CD.” The average CD can hold about 70 minutes of music or about 12 songs. So, this is my favorite 12 songs of all time.

But how does one narrow this list to just 12?

Over the course of 46 years, one has lots of favorite songs at different times. Sometimes a favorite song is associated with a season of life, and sometimes it’s about a recording you like, the production for instance. Sometimes it’s both. For me, these songs mostly stand alone although I would totally acknowledge that nostalgia and production have an influence on ranking — and narrowing anything to a top 10 or 12 is damn near impossible.

I discovered this in a Borders bookstore almost 20 years ago. It was the lead track on a CD called “From Paris To Rio,” by a Kansas City jazz singer named Karrin (pronounced CAR-in) Allyson. Love the accordion on this one. I can’t say that I’d love every version of this song as much as I do this one, but I really loved that it led me to this uber-talented vocalist.

There are multiple recordings of this song, and this is the one I prefer. For me, Jerry Jeff is the country Bob Dylan, a storyteller deluxe, a poet of the Lone Star State even though he’s from Oneonta, New York. I got heavy into his music and all sorts of “Texas Country” back in the early 2000s, and I still love it: Jerry Jeff, Guy Clark, Townes Van Zandt, Charlie Robison, Waylon, Willie, David Allan Coe, Pat Green, Cory Morrow, Hayes Carll and of course the great Texas A&M pair: Lyle Lovett and Robert Earl Keen. Old George Strait, too.

I was 13 when this song was popular, reaching No. 20 on the charts back in 1983. It never appealed to teenage me. And I was never a big Led Zeppelin fan. Didn’t hate them, just didn’t listen to them all that much. As I got older, the musicianship in this track really started to appeal to me, and today I consider it a melancholy masterpiece. Great song to crank on a deserted road at night.

And, by the way, the fantastic guitarist is named Robbie Blunt.

This is a very famous song, written by the team of Ashford and Simpson. It’s also the greatest Motown song ever done in my book, and everything about it is pretty much soul perfection. The bridge into the final verse is the best, just the flippin’ best.

Like many of the songs on this list, they came from singers and genres I didn’t listen to as a kid. I used to hate Bob Dylan and the vocal affectation and the boring folk music. Little did I know how wrong I was about all of it. At 46 years old, I genuinely love the guy’s music.

7. With A Gentle Touch – Ramsey Lewis

This live version of the Ramsey Lewis hit was on a CD called “Classic Encounter” that my dad bought at Walmart back in 1986 or so for probably $1. But we listened to the first track a billion times, and for me, it never got old. The live vibe felt like a symphony orchestra playing on a summer’s night at a huge park, but you’ve got to listen to it all the way through for the big payoff at the end.

There are thousands of versions of this song, and this would be my favorite. Best video, too. Very few people have a voice even in the neighborhood of Art Garfunkel’s. However, aside from the performance, this is a song whose name fits the music. It feels like the oncoming of spring, and I listen to it often in February, right about the time I’ve had it with 30-degree weather.

The only reason I’ve ever heard of this song is because I happened to record the 2002 Grammy Awards. Periodically, there are performances on the Grammy’s that make you pay attention to somebody you wouldn’t have otherwise. Sanz is a famous Spanish singer and musician, and he was joined on “Quisiera Ser” by Destiny’s Child, who were terrific. I’ll go on a rant someday about how Beyonce was never better than when she was with Destiny’s Child, and they were perfect with Sanz, who was rightfully more interested in dancing with Beyonce than singing.

However, the reason I watched that VHS tape 100 times was because of the song. I learned all the words and bought his MTV Unplugged CD a year later. It’s still one of my favorites, and I love this song.

4. Over the Rainbow – Eva Cassidy

Before I embed the video for this version of a song everybody knows, watch this story on Eva Cassidy. She was never famous while she was alive, and her story is heartbreaking. Eva Cassidy is every bit the sound of perfection that Karen Carpenter was, and it wasn’t until a British DJ started playing her version of “Over the Rainbow” that anybody else knew it. God bless that dude.

Here’s the great story Dave Marash did for Nightline:

Michael Buble’s vocal version of the George Gershwin classic is my favorite with words, but I grew up hearing my dad play this on the piano. It turns out that it was also the first song I ever learned to play, and I’ve always loved it. This was recorded in L.A. in 1954.

Men At Work took this song to No. 3 back in 1983, and like just about everything on this list, it did zero for me. As I got older and started listening to lyrics, I started to understand its genius. And then the show “Scrubs” came along, and it brought the song to life once again, this time lifting it to heights unseen.

At his core, Colin Hay has always been a singer-songwriter, just a man and his guitar. Men At Work was just a vehicle, and for me, “Overkill” is a masterwork.

Tracey Ullman is mostly known as a comedian, but she took this Kirsty MacColl composition to the top 10 of the American pop charts in 1984. I think the thing that has always appealed to me about this song is the British 1950s vibe with the chimes and all and the simple, sweet lyrics. Of course, Ullman is singing the song to her love, Paul.

Kirsty MacColl was an admired singer-songwriter whose folk singer father, Ewan, wrote the Roberta Flack smash, “The First Time Ever I Saw Your Face.” Kirsty met an untimely death in 2000 as she pushed her 15-year-old son out of the way of an oncoming boat in Cozumel, Mexico, before she was killed instantly by it.

Here’s her version of “They Don’t Know”:

But it’s no match for Tracey’s version. What’s funny and also appealing about the song, the video, all of it is how campy Ullman was in the video all the while sounding like the precursor to Susanna Hoffs of the Bangles. It’s like watching somebody only half trying but still producing greatness.

Thanks for indulging me! I think I’ll expand this to a second CD maybe before the end of the year. If you’d like to check out some original songs that will never be in anybody’s top 10, please subscribe to my YouTube channel.