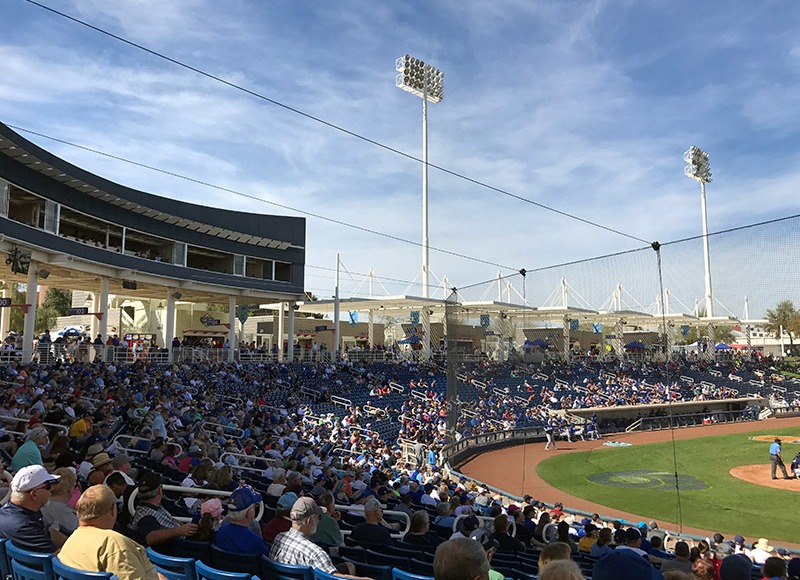 As it rains across central Oklahoma tonight, I hearken back to the start of March and sunnier days. This year, I took my second trip to The Grand Canyon State, Arizona, to watch some spring training baseball.

This is going to be a multi-post blog, otherwise it might not ever get posted. Hell, I’m embarrassed that it’s taken me this long. Once I get it all posted, in parts, I’ll also compile it together into one post.

My girlfriend Kristi made the trip with me, and we were able to catch a nonstop flight to Phoenix. A trip past TSA Pre and just a few pieces of gum later, we were in Arizona, where our first stop was to pick up this gorgeous red convertible Ford Mustang, our rental car of choice. 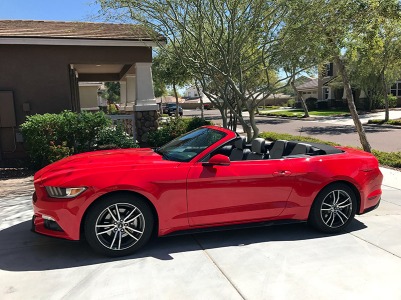 Kristi paid for it, but she let me drive much of the time. Awesome. Aside from the fact, in retrospect, that my allergies probably can’t handle a convertible, driving this pony was heaven — and I didn’t hesitate to put the pedal to the metal across I-10 and I-17. I don’t normally drive like a speed demon, but I absolutely know how to handle myself on the big city freeway.

And I have to tell you up front that I didn’t love Phoenix upon my first visit in 2016, although I have it on good authority that the reason I probably didn’t like it was that I was staying in a bad part of town. That wasn’t the case this time as we stayed at the Best Western Plus Chandler Hotel & Suites, located in the heart of the Gila River Indian Community on the southeast side of Phoenix. In full disclosure, I work for Love’s Travel Stops & Country Stores, which owns the hotel.

I’m biased, but I am also extraordinarily picky, and this was a terrific stay. It’s clean, has an adequate workout room, and they serve an awesome, hot breakfast every morning. Plus, it’s close to the Phoenix Premium Outlets, which took a lot of my money on Day 3 of the vacation. Here’s how picky I am about hotels: I typically bring my own pillow and a fan.

OK, maybe that’s not so extreme.

Our first stop was Maryvale Baseball Park, home of the spring training Milwaukee Brewers. We weren’t there to see the Brew Crew. We were there to root for ol’ Blue, the Los Angeles Dodgers. I’m a Ranger, and she’s a Dodger. However, when I was but a wee kiddo, I was very much a Dodgers fan, and I rooted heartily for Steve Garvey, Davey Lopes, Bill Russell and Ron Cey.

In retrospect, I’m not sure that I wasn’t simply rooting against the New York Yankees in 1977 and 1978, but I’m pretty sure I just liked the L.A. unis a little bit better.

In addition to rooting for the big club, we also root for the Oklahoma City Dodgers, L.A.’s Triple A team. Spring training is a great opportunity to see the minor league studs in action like Cody Bellinger, Willie Calhoun, O’Koyea Dickson, Charlie Culberson and the great Jack Murphy. 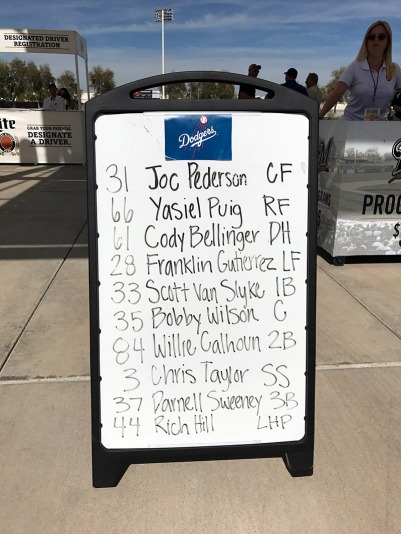 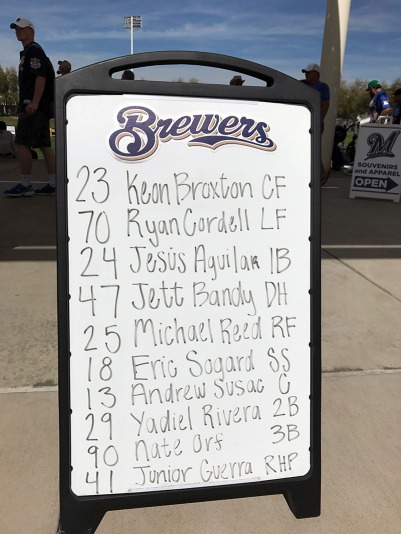 Then again, our first task was to find shade. Even at the start of March, PHX is upper-80s with a sun that whips you into submission. Everybody in the ticket line was inquiring about shade, me included. It turns out that the Maryvale park was pretty good about having ample shade, especially on the first-base side. Plus, they have an interesting cover over the walkway that helps cool the place off.

We were just settling in, so I was mostly interested in a dog, a cold beer and a warm seat. Surrounded by Brewers snowbirds, we heard multiple stories of travelers escaping freezing rain and Wisconsin winds. We were happy to be in Arizona; they were freaking delighted. 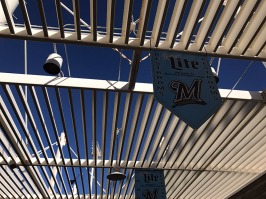 Besides, I actually picked Milwaukee to snag a wild card spot, which would be a major National League surprise this season. For the record, I picked the Dodgers to win it all.

On this day, it was the Brewers who prevailed, 7-2, but our trip had begun safely and securely with a full 9 innings under our belts and an escape from Maryvale planned. It was time to check in to the hotel and plan our first evening out, dinner at Roy’s in Chandler.