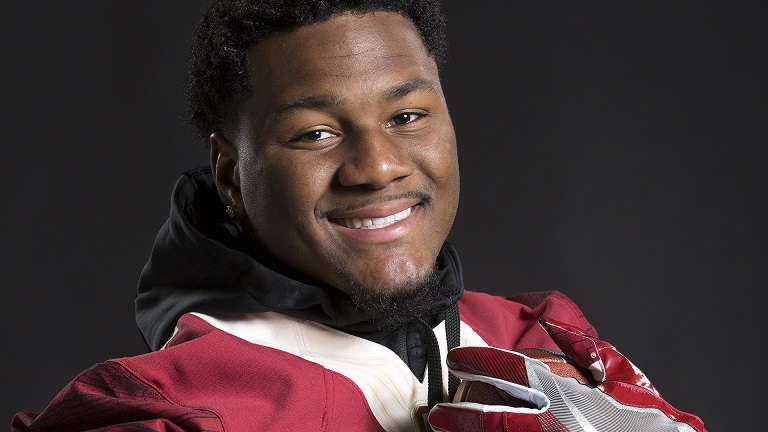 The speculation turned to reality Sunday night, and it was just about the worst news imaginable for the No. 5-ranked Oklahoma Sooners. Rodney Anderson had been ruled out for the year, officially.

You see the quotes from Lincoln Riley, shared by Eddie Radosevich, right there: “We’re heartbroken for him. He’s overcome so much in his career, and if anybody can do it again, it’s Rodney.”

Broke a vertebra before the season in 2016.

Got falsely accused of rape last year in the midst of his best season as a Sooner.

If anybody is deserving of a little bit of luck to befall him, it’s Rodney Anderson. He was a huge part of Oklahoma’s playoff run last season, and he was going to be the key cog in Oklahoma’s run this season.

It appears we’l get a steady diet of Trey Sermon, Marcelias Sutton and T.J. Pledger. Here’s what we know about each:

Trey Sermon is a sophomore out of Sprayberry High School in Marietta, Georgia. Last year, he ran for 744 on 121 carries, catching 16 balls for 139 yards. In all, he’s scored eight times in two seasons, seven of those last year. He has bursts of speed but is mostly what I’d call a strong back. He brings the muscle at 6’0″, 224 pounds. He is not afraid of contact.

Of course, I say that and then watch this video. Sermon brings the video game jukes! Here’s two looks at a touchdown he scored against Florida Atlantic:

Marcelias Sutton is a senior out of La Grange, North Carolina, by way of Lackawanna College. Last year, the 5’9″ 192-pound back touched the ball only 22 times for 130 yards, with an additional 32 yards on three catches. So far this year, he’s touched the ball nine times for 71 yards and two TDs. He scored twice last year as well. My perception of Sutton is that he’s a little quicker to the hole, a finesse back for first down whereas Sermon might be the guy you depend on to get one yard when your football life depends on it.

Then there’s T.J. Pledger, the 5’9″ 200-pound freshman from Pacoima, California. He’s the future of the Oklahoma backfield, and that future was here already. In two games, he’s rushed 14 times for 83 yards. No catches out of the backfield yet, and no scores. Yet.